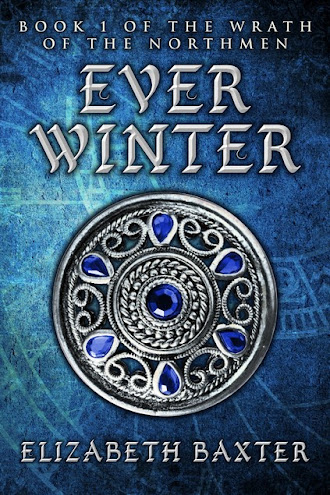 The Wrath of the Northmen series, book 1


A fantasy book about a never-ending winter and the start of an adventure to end it.

Synopsis
It's been three years since the Everwinter began, and the city of Ral Tora is starting to run out of supplies. There's a plan to survive, though. The city's greatest engineers are devising a series of pipelines to run under the city's magnificent stone walls, and these will pump in fuel to defend against the cold.

Bram is one of these engineers, and the story centers on him as events unfold around him.

The great city of Variss to the north has been out of contact ever since the Everwinter began, and every expedition to reach it has ended in failure. One day, a survivor from Variss arrives in Ral Tora, half-mad from what he's had to endure, telling wild and horrifying tales that few want to believe. The city leader asks Bram to take care of this man, and thus Bram is sent on the trail to find the truth behind this unnatural winter -- and about himself.

But before he can make any progress, the warrior princess of Chellin, Astrid, arrives suddenly to propose an alliance with the Ral Torans. Astrid wants to begin her own expedition to the north. Bram is recruited, only to be embroiled in the strange politics of Chellin when they stop there to prepare their next move.

Thoughts
Everwinter starts slowly as we learn Bram's routine. He's an ordinary, likable guy. He doesn't want to cause problems for his boss, the head engineer, but his friends, of course, take him to the pub and he ends up drunk more than once despite himself.

The story entails much mystery. At first, I didn't like it because there was simply too much. In fact, there is even a "mysterious nameless librarian" character who knows more than she reveals. Although this particular character's role seemed superfluous and was never fully-explained, in the end, I admit that the mysteries come together cleanly and I was satisfied by their conclusion.

The story picks up in the second half of the book when the characters arrive in Chellin. Where Ral Tora is a society of science and man's ingenuity, Chellin is religious, all about the Goddess and Her laws. Astrid may be the princess, but the politics are cut-throat. Even she could be deposed if the senate decides that it is the will of the Goddess.

Astrid has been surviving Chellin's deadly politics all her life, but she finds herself behind in the game since her trip to Ral Tora. Machinations beyond her control have been set in motion, and split loyalties mean it might be a fight just to leave the city for her northern expedition.

Astrid is an interesting character. Sometimes it's hard to tell if she's a good person or a bad person. We know she wants to end the Everwinter, but the lengths she's willing to go to secure her success can be unsettling.

As for Bram, he's such a good-natured guy that sometimes I get tired of the way he's being manipulated by the people around him. I'm sure he will come into his own as the series goes on; there's plenty of potential.

Other things of interest in this series are giant sea otters used as horses and sea serpents that help the ships navigate. I haven't seen that before!

I'd definitely like to read the next in the series.

A copy of this book was provided in exchange for a review.
Posted by Unknown at 8:51 AM