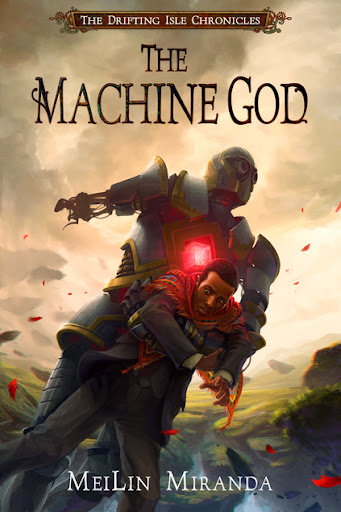 Verdict: Outstanding - I loved almost everything about it.


A floating island's dark past is uncovered in this first contact adventure.

Professor Adewole has a knack for languages, living and dead. An expedition to visit the flying island of Inselmond is planned, and he is invited in the hopes that he will be able to communicate with its inhabitants. No one has ever been to this island before; only now has technology been able to make the journey, so no one is sure what to expect. And science has been unable to explain the island's origins, or how it is able to stay in the sky as it has for centuries.

In the end, Adewole seeks to uncover the island's secrets from its residents, especially their strange oath: "Magic and Metal No More."

I signed up for this story because of the exciting cover. I will admit I did not have high expectations--the author's website indicates the author tends to write romance novels. But I was greatly surprised as to how it turned out!

Adewole is a great protagonist because he is a normal man. He's a bit unsure of his place in society--he's a Jerian who lives in Eisenstadt because he was granted a position at the college, but he's never felt quite at home there. The Dean has taken an instant dislike to him, and his only friend is his roommate, Professor Deviatka, with whom he shares a great love for music.

It's quite a surprise to him, then, when he's specifially recruited into the expedition to Inselmond, but his love of languages becomes an important asset when the expedition meets the natives on the island. From there, his own natural curiosity drives the story.

I don't actually want to say much about the story because I don't want to spoil it. But I will say this: don't let the talking birds turn you away--there is a reason for them. I really enjoyed the story and recommend it to any who like the idea of "magic and metal" and macabre science.

A copy of this book was provided in exchange for a review.
Posted by Unknown at 9:18 AM No comments: 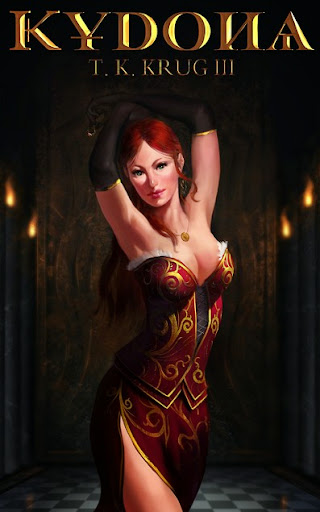 Verdict: Not for me. I didn't finish it.


Marcus is the crown prince. On his mother's deathbed, he learns that there are dark plots afoot around him, and he should tread lightly and trust no one.

Since I didn't finish the book, what I've written above is the synopsis as I understood it from how far I read.

The story's synopsis was what made me sign up for this giveaway: the promise of a war-torn kingdom and a prince's struggles to overcome it. Unfortunately the book took a turn for the lewd and I did not want to continue reading it. I found Vernon a very distasteful character, and I stopped reading the book when he points to his groin and mentions how he missed having a "hard-on" when he was away at the Novitiate. Page 25/300, according to my e-reader.

It's disappointing that I'd drop it so soon, but I'd rather place my attention elsewhere.

Also, f-bombs are dropped far too often. Fantasy fictions allows for great variety in curse words and it's disappoining to me how fantasy authors seem to ends up using one or two common--and modern--curses.

A copy of this book was provided in exchange for a review.
Posted by Unknown at 2:32 PM No comments:

Email ThisBlogThis!Share to TwitterShare to FacebookShare to Pinterest
Labels: courtesan, fantasy, fantasy world, not for me, reviews, thomas krug

[Review] The Ghost of Sherwood 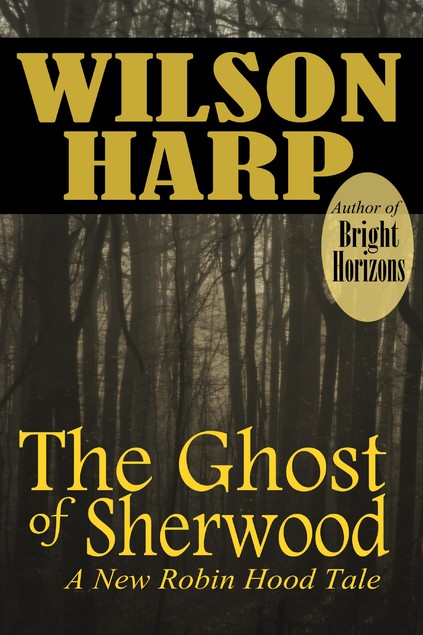 
A retelling of the Robin Hood tale in which Robin Hood is an invention of the Sheriff of Nottingham in order to protect his people and himself.

Robert Brewer is the current Sheriff of Nottingham, but with King Richard's recent death, he will likely fall out of favor and lose his position. In order to make a better future for himself, he's orchestrated the theft of tax money under the guise of a bandit attack. Things quickly spiral out of control as King John sends French knight Sir Guy to find these fictional bandits and bring them to justice. Robert and his allies must maintain the fiction and trick the knight or else hang for their crimes against the new crown.

It's a believable retelling of the Robin Hood tale. I found Robert Brewer a likeable guy. Even though some of his motives are selfish, I found myself wanting to see him succeed. Jack, his right-hand man, is also a sympathetic character. I like how his ingenuity and clear understanding of the situation surprises Robert at times.

I didn't find Maid Marian all that interesting, however. She's just a bit too silly and ignorant. Girlish, I suppose.

The story was slightly confusing in that there are two characters named Robert. Robert Brewer, our main character, the sheriff, who secretly loves Marian, and Sir Robert of Locksley, who is Marian's betrothed, although he's been away for half a dozen years and is unlikely to return. Mairan still pines for him, contributing to her youthful ignorance as a character flaw.

I think what's most interesting is what the author did with the other characters present in the folktale. Friar Tuck, for example, unwillingly knows all about the plot because he is the town's confessor. He does not like it, but due to religious teachings, he cannot use the knowledge earned under confession to turn them in. Little John and Will Scarlet are German knights who knew Sir Robert of Locksley when he went on a crusade. They join up in the plot because they don't want to return home so quickly.

Sir Guy was written specifically to be unlikeable, and I have mixed feelings on him overall.

A final, minor complaint would be the modernized language the characters use, but that's up to the reader's personal taste.

A copy of this book was provided in exchange for a review.
Posted by Unknown at 11:37 AM No comments: